This week, we talk about warm weather range and other hot topics from the forums

Thought when I spotted 200mls range I'd suddenly hit the jackpot so took a pick But as soon as I touched the steering wheel it suddenly reset to 163 😥 Can't complain it's still 163 lol I'm delighted with that to be honest one stop from home to Glasgow, will be one stop getting down to...

Public charging prices to rise
Cost of Charging to Rise

InstaVolt has decided to raise its prices after the government clarified the VAT levied on power for battery-powered cars.
The HMRC brief made clear that the “de minimis” provision, which sees VAT reduced to five percent for “small quantities of electricity” does not apply to electric vehicle charging. According to HMRC, that provision can only apply if the supply is feeding a house or building on an “ongoing” basis and amounts to less than 1,000 kilowatt hours (kWh) a month.

With that in mind, the company increased its pricing on May 27, raising its ‘base rate’ from 35p per kWh to 40p per kWh. The firm claims it will not profit from the price hike, saying the increase is “entirely attributable to VAT, which will all be passed to HMRC”.
Click to expand... 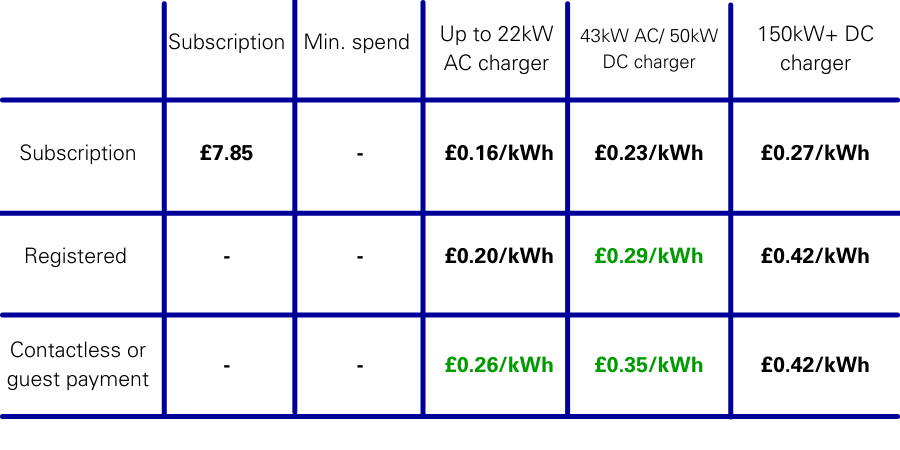 From 10 June, costs are as follows:
The company said price increases this month will enable ongoing investment in the network, including the roll-out of new ultra-fast charging ‘hubs’ which will launch later this year.
Click to expand...

I have recently joined the MG EV community and I took delivery of my MG ZS yesterday. This was the first podcast that I have seen live and I thoroughly enjoyed it.
Becoming an EV owner is a brand new experience and I am on a steep learning curve trying to understand many new things.

I picked up a lot of useful information from the podcast and I am looking forward to the next one.