This may be of interest to us all...

Due to the wife's car being in the way and as I'm too lazy to swap things around, I'll often just pop my car on the 13A outside socket and granny charge it rather than use our 7kW point.

I've done this maybe a total of 20 times over the last 7 months. As the car has usually finished charging when I unplug it, I'd not noticed until the other day that the plug gets immensely hot and has heat damaged the socket outlet.

I assumed this was down to the socket being a cheaper brand, British General. So changed it out for a Schneider that cost 3 times more! An hour later, checked it and the plug and socket are scalding hot!

So I autopsied the cheap socket, and found it was actually fine, contacts are still all like new and don't look like the source of the heat build up. The heat is coming from the Live pin on the moulded plug, so I suspect there is a high resistance connection in the plug.

I've yet to do it, but I'm going to cut off the moulded plug and fit a quality replacement. I'll do an autopsy on the moulded plug to see what the issue is and report back. In the meantime, be careful when using you grannies! Keep an eye out for any heat build up.

But the contact surfaces in the socket are very good, the issue seems to be caused by Grannies plug 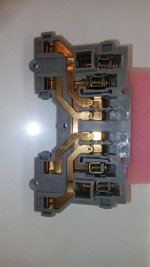 Sometimes the fuse holder is not gripping the fuse tight enough, rivetts are another problem.
When I worked as an electrician we fitted MK plugs for high loads like electric fires.
The charger isn't a Charger, its just a relay to connect the power when told to, A lot of money for simple device.
Last edited: Oct 15, 2020
P

Just had a look at the plug, yep, it's the fuseholder. Phil is bang on, the crappy pressed rivet holding one end of the fuse holder contacts in the plug is loose!

I suppose I could ask for a new one under warranty, but then, that's going to have the same crappy design in the plug, so I'll probably just change the plug.
P

kiltox said:
Some chargers have a temperature sensor in the plug - I’m guessing the MG one doesn’t - but cutting the moulded plug off often creates issues there
Click to expand...

Should be no issue if done right with a quality plug, properly fitted. Clearly there's no temperature sensor on our granny plugs!
P

Here's the culprit, the fuse holder circled has a loose rivet causing high resistance and huge heat build up and transfer down the Live pin! 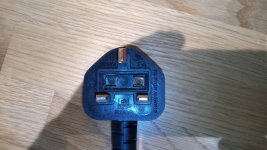 Paulie68 said:
Here's the culprit, the fuse holder circled has a loose rivet causing high resistance and huge heat build up and transfer down the Live pin!

That's not good for a piece of equipment that is supposed to be able to take a continuous 9 or 10A for 12 hours.
P

Kithmo said:
That's not good for a piece of equipment that is supposed to be able to take a continuous 9 or 10A for 12 hours.
Click to expand...

No it's not. If anyone else has a similar issue, this plug is a very good quality replacement. 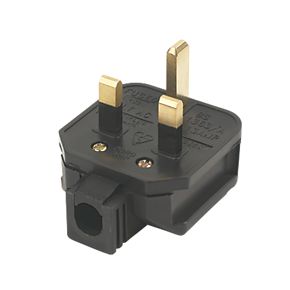 Looks right once fitted as well: 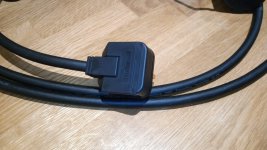